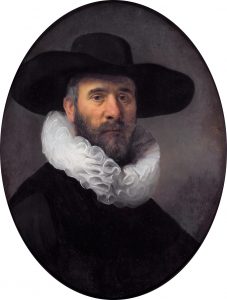 Towards the end of Second World War, Adolph Hitler received a birthday gift that likely made his heart swell with pride – a famous Rembrandt. The impact this gift had on a certain elderly woman interned in one of Hitler’s Dutch concentration camps is far more difficult to describe; the Old Master painting was her ransom. It ensured her freedom from certain death through a negotiation that her son, Nathan Katz, arranged with the Nazis. The Katz family’s efforts to recover a collection of over 140 paintings similarly “sold” have been rebuffed for years by Dutch authorities. Now, one of the Katz heirs has turned to a US court for restitution of that collection.

Firma D. Katz was founded as an art gallery in 1887 by David Katz. Over the next several decades, Katz family members attained respect as some of the most highly regarded dealers in the Netherlands, specializing in Dutch Old Master paintings. Yet, it took the Nazis only three years to push this thriving Jewish business into liquidation.

It was likely due to the gallery’s acclaim that it was vigorously pursued by the Nazi regime whose leaders had a proclivity for acquiring art. By May 1940 just as the Netherlands surrendered to the Third Reich, Nathan and Benjamin Katz, who had taken over the family business, were faced with a choice: sell paintings to high-ranking Nazi officials who began arriving at their gallery uninvited – or let things go the Nazis’ “normal way” as described by Nazi Reichsmarshall Hermann Göring who was the main instigator for creating the Gestapo. The Katz matriarch was an example of where that “normal way” led – to torture and murder. The brothers chose to continue selling. 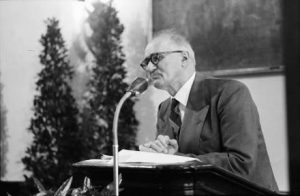 David Katz’s grandson and namesake was present during at least two such Nazi visits to Firma D. Katz, including one that involved Göring. Katz has given statements about these visits in which he confirmed the prevailing understanding at that time – his father and uncle had no choice when dealing with such high-ranking Nazis but to agree to sales at below-market prices.

The Dutch Government’s Possession of the Firma D. Katz Blue Book and Inventory

After the war, Benjamin Katz returned to Firma D. Katz, taking it over from its Nazi-appointed Aryan owners. According to the amended complaint filed in the United States District Court of South Carolina (Docket No. 30), the “Blue Book” containing the information about all sales made by the gallery in the 1930s and 1940s – names of painters, sale dates and purchasers – was taken by a representative of the Dutch government at that time and never returned.

Also in that timeframe, the majority of the paintings from the Katz inventory were being obtained by the Netherlands at Collection Points maintained by U.S. forces. The Netherlands was a party to “Collection Point Agreements” by which it agreed to receive the works as a custodian until they could be returned to their owners. Instead of being returned to the family, however, most of those artworks are now on display at various Dutch museums and state buildings, or in their storage.

The Heirs’ Fruitless Attempts at Restitution Under Dutch Policy

In 1947, the Katz brothers were able to obtain 25 of the looted paintings – on condition that they pay the Dutch government a sum equivalent today to $1.5 million. This was standard Dutch policy – victims must pay for restitution. By 1951, even that option disappeared when the Dutch Government closed the window for restitution claims. This remained the official policy of the Netherlands for the next fifty years.

The tide began to turn in favor of restitution with the implementation of the 1998 Washington Principles on Nazi-Confiscated Art, a non-binding international agreement for the restitution of looted art. The Netherlands became a signatory to the Washington Principles and, in 2001, officially announced that restitution claims would again be accepted. The Dutch Restitution Committee (“RC”) was formed for this purpose. Yet, this policy shift did little for the Katz heirs.

From 2004 to 2018, the heirs pursued their claims with the RC, but were unable to meet the RC’s demands. The RC requested information from the family that was only available in the Firma D. Katz Blue Book. In addition, the RC also required the family to show duress in the Nazi sales, ultimately finding no duress was present in those transactions based on a presumption that it was part of a gallery’s objective to make sales. In support, the RC cited the recommendations from the government’s advisory Ekkart Committee. It is striking that the RC did not factor in another of the Ekkart Recommendations that calls for consideration of the general circumstances Jews faced when these types of sales were taking place in Nazi-controlled areas.

After more than a decade seeking redress before the Dutch authorities, each of the claims filed by the Katz heirs was rejected with subsequent reconsideration appeals denied.

Provenance Data for the Works

Interestingly, the looted provenance of virtually all paintings at issue (save for two) was available to the RC during the Dutch claims process. Origins Unknown, an entity commissioned by the Dutch government to investigate the provenance of Second World War looted art in the Dutch State’s collection, finalized its catalogue in 2004 when the Katz heirs first began making claims.

The Pending US Suit

In late 2018 after the family’s appeals were denied in the Netherlands, Bruce Berg filed a US lawsuit as a Katz heir against the Kingdom of the Netherlands, various Dutch agencies and museums that currently hold, display, and/or loan the works in dispute. Berg v. Kingdom of the Netherlands, et al, 18-CV-3123 (D.S.C. 2018). The relief sought in the complaint includes return of the paintings and artwork, compensation for unreturned works, and disgorgement of any profits the Defendants received from these works. The complaint also calls out the Dutch Government’s “loss” of the critical “Blue Book” maintained by Firma D. Katz as spoliation and requests an inference of ownership in Berg’s favor for all the works at issue.

Earlier this year, the defendants filed a joint motion to dismiss. One of the defences raised was based on the Holocaust Expropriated Art Recovery Act of 2016, Pub. L. No. 114-308, 130 Stat. 1524 (2016). The defendants asserted that the HEAR Act’s stale claims exception required application of South Carolina’s three-year statute of limitations. (Docket Nos. 37 and 45). In response, Mr. Berg argued he did not acquire knowledge of the artworks’ whereabouts until June 2010 or thereabouts, making application of HEAR’s six-year limitations period appropriate. (Docket 42). Under HEAR, original owners or their heirs have six years to bring a claim after discovering a looted work’s location and their interest in it; HEAR resets the statute for previously-barred claims to commence as of December 2016. In August 2019, the Honorable Bruce Hendricks issued an order to dismiss the defendants’ motion.

The parties are now disputing whether a Letter of Request to the French Government required by the Hague Convention of 18 March 1970 on the Taking of Evidence Abroad in Civil or Commercial Matters for the ex parte deposition of David Katz should be issued. Because he is now 100-years-old and in failing health, swift action is required to memorialize the testimony of this last witness to the events during those fateful war years that shaped the trajectory of his family’s legacy. It is with great interest that we await his testimony and the unfolding of this case.