Last week, IAL was happy to be part of a conference on restitution at Tel Aviv University in Israel. This is the first of a three-conference series entitled The Restitution Dialogues: A transnational conversion on cultural loss, return and renewal. The second conference will be held in October 2020 at the University of Toronto in Canada, while the third will take place in 2021 in London organised by IAL. 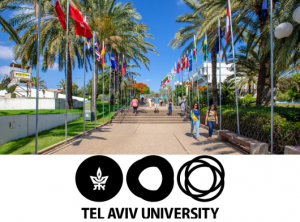 The Tel Aviv conference was a heartfelt and captivating two-and-a-half days. It began with the annual Minerva Lecture delivered by Mayo Moran of the University of Toronto on restitution and the ‘problem of the past’. Professor Moran drew together the restitution of cultural property with the question of justice for acts committed in the distant past, linking it to the issue of ‘residential schools’ for Indigenous children in Canada. This worked as a useful forerunner to the theme of Indigenous repatriation that will come to the fore in Toronto, 2020.

The conference’s proceedings were largely comparative. Rather than focusing on a single historical epoch or theme, we saw comparisons being made between different forms of past atrocity (whether the Holocaust, the Armenian genocide or the imperial projects of European powers) and the quest for returning cultural property wrongfully removed during those events.

Wednesday included a provocative session entitled ‘Who owns Kafka?’ inspired by the long-running dispute in the Israeli courts on the ownership of Franz Kafka’s handwritten manuscripts, including The Trial, personal correspondence and a number of short stories. Many of these had been held in a briefcase for years after Kafka’s friend and confidante Max Brod had famously refused to abide by the author’s stated wish that the works be burned upon his death. One of the speakers, the provocative Professor Nili Cohen, compared Kafka to Odysseus, binding himself to the mast while knowing (perhaps hoping?) Brod would never abide by his request; tying himself down in order to liberate his works – somehow. In the end, and not without controversy, the Israel Supreme Court has held that the remaining manuscripts should be deposited at the National Library of Israel, and not passed through the normal rules of private inheritance. A victory for the State, that is for the public interest in national cultural property, over the rights of individuals. Both sides of the debate were represented at the conference (including counsel), which made the ensuing discussion riveting – and somewhat tense. 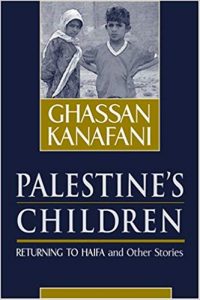 The participants were also treated to a dramatic reading of a play version of the classic Palestinian novella Return to Haifa by Ghassan Kanafani. The drama had been adapted by Israeli playwright Boaz Goan, who was present to discuss the work, along with the play’s director and two experts on Arabic literature, Ariel Shetreet and Zahiye Kundos. The story centres around a Palestinian couple forced to abandon their Haifa home in the 1948 War and who return to find an Israeli couple living in their place. The dramatic rendering was compelling and not without a sense of palpable controversy, owing to the topic and the nationalities involved.

One theme which came up repeatedly throughout the conference was that of ‘heirless’ property. This usually refers to the art and other cultural objects recovered from Germany after the Second World War and returned to formerly occupied countries. While a number of artworks were restituted in the late 1940s to Holocaust victims or their surviving families, the majority were deemed heirless and kept within national collections (such as the French MNR or the Dutch NK collections). However, as one participant pointed out, to call these items ‘heirless’ is misleading: in most cases there are heirs, even if locating them can prove difficult, if not impossible.

Many in Israel have been working to find an adequate outcome for such material, which includes tens of thousands of objects. As conference doyen Avraham Roet pointed out, Principle 9 of the Washington Conference Principles indeed specifies that ‘just and fair’ solutions should be sought in cases where the heirs cannot be located (Mr Roet was born in the Netherlands in 1940 and fled Nazi-occupied Amsterdam as a child). This principle was expanded upon last year during an important meeting on the topic in Jerusalem, attended by German Cultural Commissioner Monika Grütters among others, which led to the ‘Jerusalem Declaration’. This declaration calls upon museums to exhibit so-called heirless art, rather than keep it locked away in storage, and to engage in international loans of the material, most notably to Israel. These are entirely logical and admirable suggestions. This declaration, along with its underlining policy, were pointedly repeated last week by Colette Avital, chairperson of the Organization of Holocaust Survivors in Israel.

One example of the display of such works is an exhibit currently on at the Israel Museum in Jerusalem until 26 January 2020. Fateful Choices: Art from the Gurlitt Trove puts on show nearly 100 works from the Gurlitt hoard found in Munich in 2012. The show is the brainchild of curator Shlomit Steinberg (who prefers calling it a ‘collection’, not a ‘hoard’), who also spoke at the conference. The exhibition follows others in Bonn, Berne and Berlin, but takes a somewhat different approach to the controversial dealer Hildebrand Gurlitt, preferring instead to focus on the art itself. The result, which neatly divides the display between collector and works through an ingenious colour-coating system, is most stimulating, making it well worth the visit. Following the exhibition and the Jerusalem Declaration – and the Tel Aviv conference itself – it is hoped that more heirless art is taken from storage and brought to the people.

Thank you to the organisers of the conference, Professor Leora Bilsky of Tel Aviv University School of Law, and Rachel Klagsborn. The enlightening presentations and lively discussion bodes well for the next installments, Toronto in 2020 and London in 2021. Watch this space for more information on these upcoming conferences.