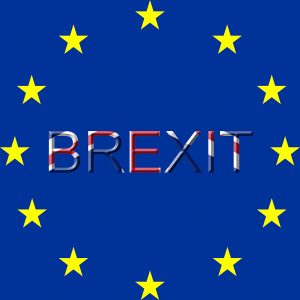 At 11pm on 31st January 2020, the UK left the European Union. That much is clear. Far less certain at this stage, is the effect this will have on a number of areas of law, not least the law of copyright. We have known for some time that certain specific rights which depend on European-wide databases or processes will have to change. However, recent case law at the EU level has raised more fundamental questions about the principles on which the UK copyright regime is founded. How these debates will unfold as Brexit progresses will be fascinating on many levels.

In the immediate term, of course, nothing changes. The Withdrawal Agreement between the UK and the EU provides for a transition period until 1st January 2021, during which EU law will continue to have effect in the UK. From then onwards, there are several important changes to copyright law which will undoubtedly affect the practices of numerous UK institutions.

The demise (within the UK) of the EU orphan works scheme is notable in this regard.  Since 2014, when the UK implemented the EU Orphan Works Directive, cultural heritage institutions based in the European Economic Area (EEA) have been able to digitise and make available online across all EEA Member States so-called ‘orphan works’ (copyright works where the right holder is unknown or cannot be found). A prerequisite to making use of this exception is to undertake a ‘diligent search’ for the copyright holder(s), entering the details onto a European-wide database. From the end of 2020, the UK will no longer have access to this database and the exception will fall away. Failure to remove any works made available under the exception by that date will risk a claim for copyright infringement. Institutions would be well advised to start checking their position in this regard now, and constructing a plan for the post-Brexit world. The more limited UK orphan works scheme might be one option (though of course, it extends only to UK-based users so may not be practicable in many cases) or there may be other copyright exceptions which could apply. We looked at a few of those introduced in the UK from 2014 here and have revisited this interesting area many times since on the blog.

On a brighter note, the EU-derived Artist’s Resale Right looks set to continue in the UK, at least for the time being. This right gives visual artists a royalty each time their work is sold by a gallery, dealer or auction house in the secondary market. There had been concerns that it might be an early casualty of Brexit, but only the limited changes required to reflect the UK’s new position outside of the EU from 1st  January 2021 have currently been made (i.e. replacing ‘EEA’ with ‘UK’ where appropriate). This means that UK nationals will continue to benefit from the right, as will the nationals of other States which have equivalent schemes and can thus provide reciprocal rights to UK nationals.

Other changes include those relating to database rights and the rights of Collecting Societies. The UK Intellectual Property Office has published some useful guidance for those interested to learn more.

In the midst of this changing landscape, the thorny issue of the relationship between UK copyright rules and the standards applied by EU law have once again come to the fore. As some readers will no doubt be aware, the UK copyright regime is based on a ‘closed list’ system whereby a work will only benefit from copyright protection if it fits within one of the categories neatly set out in the UK’s governing statute, the  Copyright Designs and Patents Act 1988. This is not the case in all jurisdictions however, including most European states which operate on the basis of a more fluid definition rather than an exhaustive list of categories. The same is true of European-wide law, which considers copyright works as representing the fruits of the ‘author’s own intellectual creation’.

The UK courts have long hinted at the rather uneasy relationship between these two philosophies and were required to confront the issue directly when an important decision of the Court of Justice of the European Union (CJEU) from September 2019 fell to be interpreted by the UK High Court at the end of January. In the case of Cofemel v G-Star Raw, the European court made clear its opinion that the key criterion for deciding whether something was a ‘work’ to which copyright should apply was that it should be ‘original’ in the sense that it was the ‘author’s own intellectual creation’. This meant that it should reflect the author’s personality, expressing his free and creative choices. It also required the work in question to be identifiable with sufficient precision and objectivity (a reference back to an earlier CJEU case where it was decided, partly on that basis, that the taste of cheese – or to be more precise, a ‘spreadable dip containing cream cheese and fresh herbs’ – could not qualify as a copyright work: see Levola Hengelo v Smilde Foods). Any additional tests, most notably those requiring some level of ‘aesthetic’ appeal were considered to be incompatible with EU law.

Just over a week ago, the UK’s Intellectual Property Enterprise Court (part of the High Court) was faced with the unenviable task of applying the recent EU case law in the case of Response Clothing Limited v The Edinburgh Woollen Mill Limited. The case involved a claim for copyright infringement in relation to a fabric design called the ‘Wave Fabric’. In assessing the claim, His Honour Judge Hacon considered whether it was possible to interpret the UK’s protection of ‘works of artistic craftsmanship’ (where the principle test is that the author must be both a ‘craftsman’ and an ‘artist’) as in conformity with the relevant EU law. His response was somewhat muted. He determined that it was “up to a point” but went on to say that “[C]omplete conformity… would exclude any requirement that the Wave Fabric has aesthetic appeal…”. On the facts, the judge felt that he need not resolve the question entirely because he considered that the fabric did have aesthetic appeal, so effectively met both the UK and the EU tests.

It remains to be seen how these debates will play out both during and after the current transition period of the Brexit process. Whilst it feels a little unsatisfying to be left somewhat hanging on the issue of compatibility, this case is a useful reminder that the influence of EU law has become embedded in UK jurisprudence in ways which cannot simply be undone and forgotten. As regards future relations, the UK can and no doubt will, take a clear stance. This was demonstrated by the Government’s recent announcement that it will not be implementing the EU Copyright Directive (2019/790), an important harmonising instrument which had been debated for many years. Implementation was only required by June 2021. As regards the influence of EU law over the past few decades, however, this is a different story. While some divergence will likely occur over time, it seems unlikely that a return to a pre-EU landscape is either palatable or possible.