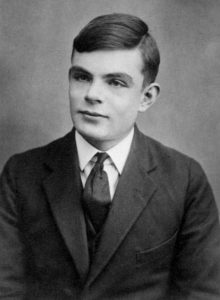 An intriguing series of events has led the US Government to commence court action over a collection of objects associated with Alan Turing, the British mathematician. Alan Turing is famous for his involvement in breaking the German Enigma code during WW2 and for his contribution to the field of computer science. This case raises questions around title to property, theft, conversion and the law of gift, highlighting just how complicated these issues can be.

According to the court documents, in 1984, a woman then known as Ms Julia Schwinghamer – now known as Ms Julia Turing – took a number of objects from Sherborne School in Dorset, England, which Alan Turing attended. Her possession of these items came to light after she offered to loan them to the University of Colorado, Boulder, in 2018. After researching the objects, the University grew suspicious and contacted the US Department of Homeland Security, which then seized them from Ms Turing’s residence.

The items in question include Alan Turing’s Order of the British Empire Medal, accompanied by a letter from King George VI, his Princeton University PhD Diploma, various school reports and photographs. In total, the items are estimated to be worth approximately $37,775.

Two years later, the US Government has now brought an action in the US District Court for the District of Colorado seeking the forfeiture of the ‘properties’, with the aim of returning them to Sherborne School, according to the York Press. Under US law, property is subject to forfeiture when it falls within specific categories, for example, if it is a proceed of certain violations. In cases of this type, the properties in question are listed as defendants. As noted in the New York Times, Ms Turing has not actually been charged with a crime.

Essentially, the US Government’s forfeiture action is dependent on whether the properties “were stolen, smuggled, or clandestinely imported into the United States contrary to law” or were “obtained as a result of a scheme to defraud Sherborne School” (para 173).

There are several matters which make this case complicated. Firstly, the US Government appear to have assumed and be reliant on the fact that, when Ms Turing removed the items from Sherborne School, this constituted theft in violation of the Theft Act 1968 in the UK (para 165). However, when Ms Turing took the items, she left a note asking for forgiveness and stating that they “shall one day all be returned to this spot” (para 52). She also wrote two letters to the School in which she states “I had absolutely no intention of keeping them permanently” (para 50). Indeed, she even returned some items to the school in 1984.

Why is this important? Under Section 1(1) of the Theft Act 1968, the definition of theft requires there to be an intention to permanently deprive another of the property in question. Otherwise, no theft will have occurred. Given the words and actions of Ms Turing it is questionable whether such an intention existed. Therefore, if the US Government is relying on theft under English law to show that the properties “were stolen, smuggled, or clandestinely imported into the United States contrary to law”, they may have some difficulties. Of course, Ms Turing may have acted contrary to the law in other ways when bringing the objects into the US, such as by failing to obtain export/import licences (paragraph 131). Nonetheless, it is important to understand the requirements of theft under English law and its existence cannot be assumed in this instance.

If there has been no theft, Ms Turing might have good title to these items. Under English law and the principle nemo dat quod non habet, thieves cannot acquire good title. However, Ms Turing might have committed a conversion. Broadly speaking, conversion occurs when you treat another person’s property like your own. For example, offering the items on loan to the University of Colorado would constitute a conversion. The timing of the conversion is important. Under English law, Section 3 of the Limitation Act 1980 requires that, if no action is brought within 6 years of a conversion, the original owner’s title to the property is extinguished.

Where the conversion took place is also relevant. Under the ‘lex situs’ rule, if it occurred in England, the US court is likely to apply English law. However, if the conversion occurred in the US, then US laws will apply. It is highly likely that Ms Turing converted the property at some point between 1984 and now. For example, taking the property from the school in 1984 might constitute conversion.   However, until we know exactly when, how and where a conversion may have taken place (if at all), the title to the goods remains unclear. The case demonstrates how complicated title disputes can be when they span large periods of time and cross between jurisdictions.

Ms Turing has also claimed that some items were gifted to her. A gift, under English law, will transfer title when there is intention to give, intention to accept and delivery of the goods. In 1984, Ms Turing returned some objects, but kept one photograph. She wrote to the Bursar, saying that “the picture has taken an even greater meaning since it was given to me by Sherborne” (para 55). By allowing her to keep the photograph, did the Bursar make a gift? The Bursar replied that he was “sorry” she had kept the picture but that, in his view, “the matter is closed” (para 123). By using these words, is the Bursar relinquishing title to anything not returned to the School and gifting it to Ms Turing?

Later, around 1988, Alan Turing’s PhD Diploma was handed into the police and a negotiation over its ownership ensued. How it ended up back in Ms Turing’s possession is uncertain although letters were found which suggest that the Bursar gifted the Diploma to her. Did the Bursar have the authority to make these gifts? According to the arguments of the US Government, based on consultation with Sherborne School, he did not. Only the Board of Governors could make such gifts (paras 164-170). It is therefore questionable whether title could have transferred to Ms Turing through the law of gift.

It will be interesting to see how the court approaches this case. Will it accept that theft occurred under English law? Or might it find that Ms Turing has good title after all? If so, under which laws would that title have passed? According to the New York Times, Ms Turing has until March 2020 to object to the forfeiture. If she does not, these items will likely return to Sherborne School, as part of the Alan Turing Archive which is held there.