For those who haven’t heard of her, Vivian Maier was a secret photographer. She lived and worked in Chicago throughout the 50s, 60s and 70s largely as a nanny in well-to-do suburbs. She had no close family of her own and died in 2009 with little fanfare. But she had spent most of her adult life taking upwards of 150,000 photographs of the streets and people of her city.

Shortly before her death, some of her possessions were auctioned off by force of circumstance, including a cache of negatives. These were bought, largely by chance, by several local photograph collectors including, most prominently, John Maloof. Shortly after she died, Maloof posted some of the images to Flickr. They quickly became a sensation. Since then there have been catalogues, exhibitions and an Oscar-nominated film, all centred around the work of this reclusive artist. 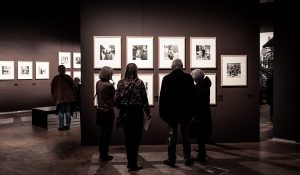 Yet in the decade following her death, a dark shadow was cast over the collection. And it had to do with copyright.

Though Maloof and the other collectors may have acquired legal ownership of the negatives themselves at auction (no one is doubting this), the intellectual property in the artistic works is something quite different. Copyright subsists in ‘artistic works’ like photographs and the first owner of copyright is usually the photographer. There are of course exceptions to this general rule, such as in many countries when the photograph is taken during the course of one’s employment (or, specifically in the US, when the photograph is considered a ‘work for hire’). There was also a time in certain countries, such as the UK, where the owner of the material on which the photograph was made (such as the negatives) also owned the copyright, but that oddity has largely been paved over through legislative enactment. The general rule today is that, subject to contractual arrangements, the work’s author – the photographer – is the first owner of copyright.

And then what? As many readers of this blog will know, copyright does not expire upon the copyright owner’s death. In fact, it lasts a mighty long time thereafter, especially in comparison to other intellectual property rights like patents and design rights. Throughout the EU, copyright generally lasts 70 years beyond the life of the author and the US follows the same principle for works created after 1977 (prior to this, the American rules were a little more convoluted and usually relied upon whether the work had been published with notice and then renewed). Upon the death of the rightholder the copyright, like other property rights, passed to the rightholder’s heirs. It is either specifically bequeathed under the terms of the will or, if not, it will be split amongst the relevant heirs. But if the rightholder dies without a will, then the usual rules of intestacy apply.

With Vivian Maier, it was the last of these scenarios that occurred. When she died, she had no will. And it was unclear who exactly her next of kin was. With ideas of reproducing more of her negatives (and commercialising them), Maloof did manage to track down a distant cousin, Sylvain Jaussaud, who lived in France and knew nothing of Maier, let alone her moonlighting as a street-life photographer. However, after the photographs became a global sensation, a Virginia lawyer managed to find another Maier heir, Francis Baille, this one allegedly more closely related to Maier and thus potentially the true owner of the copyright in the negatives. The dispute that followed became so messy that the case had to be filed with the Cook County Public Administrator in Chicago to sort out the estate’s copyright ownership.

Thankfully, the cloud seems to have passed. At least according to the Art Newspaper, a settlement was reached between the various collectors and heirs. As one of those collectors, Howard Greenberg, is quoted as saying “We came to a royalty agreement. It went backwards and retrospectively covered anything we had ever sold. We’ve worked with them ever since.” This is perhaps unsurprising: copyright disputes are often subject to mediation and settlement, usually on the basis of a royalty split. It’s much easier, after all, to agree on sharing the royalties of a lucrative enterprise than, say, agreeing on who gets to keep a single disputed Impressionist painting. Also rather important is the fact that, without an agreement as to copyright, the ability to commercialise the collection is compromised.

Thus we learn with no great surprise of the recent exhibition of Maier prints at Somerset House in the context of Photo London and that 125 images (in editions of 15 each) have already sold out. Owing to the fascinating (and somewhat heartbreaking) story of the original artist, the penetrating nature of the works themselves and the now apparently settled copyright issues, it is clear that more collectors will want to own a piece of the story. And so they buy a limited edition print. They enjoy it on their wall, lend it to a gallery or perhaps treat it as an investment. And maybe they will think how it all came from the single camera of a humble caregiver, walking the streets of Chicago on her days off. And that it was made possible through copyright.

For those interested in copyright, rights management and the links between the art world and intellectual property, the IAL will be running its annual Diploma in Intellectual Property and Collections in London in June and then in Sydney, Australia in July. See here for more information on both instalments.