In the latest of a series of controversial decisions for which the Trump administration has become renowned, the US Government has raised the stakes in the ongoing trade war with China with the result that 25% tariffs are now being applied on what is reported to be $16bn worth of imports on both sides. 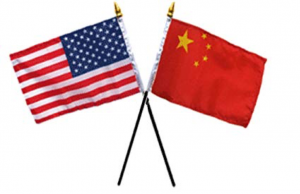 At first, this might come across as a topic more suited for WTO forums, but it is of real concern to the art trade as it will directly affect imports of Chinese Art to the US. The ‘Chinese goods’ subject to the tariff will include any goods produced in China, with no exceptions for non-industrialised goods or cultural objects, thus encompassing Chinese artworks and antiques, including paintings and drawings, engravings, prints and lithographs, sculptures and antiques that are more than 100 years old. Moreover, because the tariff is set to apply regardless of country of export, even Chinese works of art exported from the UK/EU or other countries would attract the import tariff if they are to be sold in the US market or have been bought by US collectors and museums.

Needless to say, this measure has sparked harsh criticism from dealers, auction houses, and trade associations, from both sides of the pond, as reported by the Antiques Trade Gazette [August 13thand 27th] as well as by Artsy [July 23rd], ArtNet [August 13th], and the Financial Times [August 29th]. Together, these market players have mobilised themselves to voice their criticism and argue before US trade officials the unintended effects this measure could have, namely that it would more directly harm trade for US and EU businesses rather than having any significant impact on the Chinese economy.

Aside from the obvious commercial considerations as regards fostering the international art market in the US and its programmes of cultural exchange, this measure also appears to be in direct contravention of a little known United Nations treaty, known as the 1950 Florence Convention, which the US ratified in 1966 (but to which China is not a party). In brief summary, the aim of this Convention is precisely to promote ‘the free exchange of ideas and knowledge’ by not applying ‘customs duties or other charges’ on the import of, amongst other subject matter, ‘works of art and collectors’ pieces of an educational, scientific or cultural character’.

Perhaps this oversight will not come as much of a shock given previous examples of the Trump administration’s approach to international agreements and the UN in general. As the reader might recall, we have previously discussed the US leaving UNESCO here and it seems that the US might be soon leaving the WTO as well. Nonetheless, not all hope is lost just yet as market players will continue their efforts to challenge this measure and it seems that US and Chinese officials have agreed to re-open negotiations. Watch this space for further developments.