Earlier this month, the High Court in Manchester wound up two companies which had received just under £1million from investors, between October 2018 and June 2019, as part of a fraudulent art investment scheme. 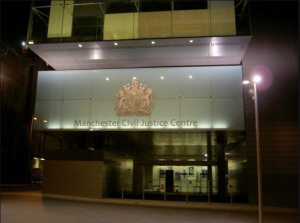 The Civil Justice Centre in Manchester

The two companies involved were Gem Tobin Ltd, located in Cheshire, and Dionysus Design Services Ltd, located in York. The court’s decision was based on the ground that the companies were trading with a lack of commercial probity, having been incorporated or used as vehicles for fraud with their sole purpose being to receive monies wrongly obtained from members of the public. The court also accepted that the companies were trading with a lack of transparency, failed to co-operate with the investigation, failed to maintain or deliver up accounting records and continued a business that had traded contrary to the public interest. The Official Receiver has been appointed as the liquidator of the companies.

Steven Fifer, an Insolvency Service representative, told ArtNet that potential investors were mostly approached by unsolicited phone calls. They were told that their investments would be put into works by the likes of Pablo Picasso and Salvador Dalí and that such investments would somehow increase the value of the art. Usually, according to the Art Fund Association, art investment funds generate returns through the buying and selling of art works, although no specific information about the scheme’s operation seems to have been given in this instance. Once an initial investment was secured, the individual would then be pressured into contributing more money to the scheme. The companies targeted many elderly and vulnerable individuals.

It transpires that the activities of these companies are linked to those of two different companies which were also wound up by the courts earlier this year. Halifax Mannin Ltd and Hey Design Services Ltd were shut down in March 2019 after abusing almost £1.4million of investors’ money received as part of similarly misleading art investments. Gem Tobin Ltd and Dionysus Design Services Ltd are thought to have been continuing the work of these other companies.

All four companies appear to have been operated from either Spain or Morocco by a separate business known as Asset Consulting Services or Asset Consulting Group. A warning about this firm has already been issued by the Financial Conduct Authority and, following this recent development, David Hope, the Chief Investigator for the Insolvency Service has recommended that anyone approached by Asset Consulting Services/Group should read this warning as well as seeking independent financial advice.

As reported in the Insolvency Service’s press release, it is unclear how the funds have been spent but it is known that the majority of the almost £1million has already been paid out of the companies’ bank accounts. This leaves investors in an uncertain position as to how much they can claim back once the companies are dissolved.

Art investment funds have a relatively long history in the United Kingdom, starting with the British Rail Pension Fund in 1974, which committed £40 million to its scheme. However, in its Art & Finance Report 2019, Deloitte notes the decline in the global art investment fund market. As reported by CNBC, increased regulation, intended to protect investors, has had a negative impact on the success of these investment funds. This recent story perhaps demonstrates why such regulation is needed.