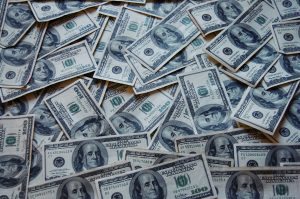 Important changes are imminent for the art market as the 5th EU Anti-Money Laundering Directive enters into force in the UK this Friday, the 10th of January 2020. The directive has been hurriedly transposed into UK law through the Money Laundering and Terrorist Financing (Amendment) Regulations 2019, which were laid before Parliament on the 20th December 2019, barely a month before their entry into force.

This short lead-in time for the trade to familiarise itself with the precise terms and requirements of the regulations was, in fact, one of the key topics debated during an informative webinar that HMRC offered to members of the art trade this last Wednesday, the 8th of January. The HMRC also announced there will be forthcoming guidance, although as it is yet to be published, it will not be available until after the regulations begin to apply – a somewhat unfortunate state of affairs. However, there is plenty of generic advice available on the Government website here. It is important to bear in mind that in spite of having a generous deadline of one year to register with HMRC, until 10th January 2021, businesses will already need to comply with the new regulations as of this Friday, regardless of when they actually register.

Many of those in the art trade are likely to already be compliant with the new regulations – one would expect at least – as the ‘high value dealer’ AML requirements under the former Regulations have already been in place for some time now. These require Customer Due Diligence (CDD) or Know Your Client (KYC) measures for transactions in cash over €10,000 and the larger auction houses also have dedicated compliance teams who will no doubt be fully cognisant with the relevant legal requirements.

If anything, it is surprising that the art trade has voiced resistance to the new regulations, given that so many other industries already have to comply with similar – or stricter – AML requirements. Many of the requirements such as record-keeping and checking customer identities, albeit perhaps burdensome at first, are exactly those already being followed by other sectors as a matter of course. Indeed, they can be seen as matters of best practice, intended to protect those required to implement them.

One important innovation of the new regulations is to extend the obligations beyond the more traditional art market participants such as art dealers, galleries and auction houses to those storing works of art and operating freeports. In this case, the €10,000 threshold will apply to the value of the artworks being stored.

One important concern for the art trade as well as other sectors is how the record-keeping requirements for CDD/KYC fits within the data protection, or ‘GDPR’ compliance scheme. During the webinar, HMRC made it clear that storing personal information for the purposes of CDD compliance would not be problematic from a GDPR perspective, but it goes without saying that such sensitive information will require secure storage methods, with access to these details being controlled within the business.

Other topics covered in the webinar included the appointment and role of the ‘Nominated Officer’ responsible for money laundering issues within a business and the SARs (Suspicious Activity Reports) businesses are required to file whenever appropriate.

Ultimately, the first, crucial step to complying with the new regulations is to conduct a risk-assessment of your business with the goal of understanding the level of risk posed by your customers and transactions. Matters to consider will include your clients’ profiles, whether you operate in any countries or with clients from countries which pose a higher risk, or if you deal with any politically-exposed persons and the like. At the end of the day, compliance with the new regulations is very much about managing risk and keeping records of the steps taken to mitigate said risk, for example through careful due diligence.

To conclude on a positive note, despite the current nervousness of some in the trade, and the potential pain of the initial implementation, it is to be hoped that the adoption of these regulations will actually result in a stronger art market. The new measures will certainly make the commercial art world more transparent, more accountable and a lower risk environment than it is today. Seeing the positive side of these regulations is not just wishful thinking either, in light of the findings of recent art market reports which note that three quarters  of art collectors perceive the lack of transparency of the art market as the biggest threat to its reputation.[1] Given that art and collectibles wealth is expected to reach the astonishing figure of $2.7 trillion USD in 2026,[2] the sky is the limit for the art market  if its ‘wild west’ reputation can be dispelled in the meantime.