An article in The Art Newspaper by Ben Luke on the 15th of March 2018 poses an interesting question regarding the work of the conservator. The article concerned the condition of the painting depicting Christ as Salvator Mundi, by Italian artist Leonardo da Vinci, dated to c. 1500. This article raised the question “Should the conservator’s work be hidden and if so how much should be hidden?” This perennial question needs little re-ignition; it divides the art world on a regular basis, but more recent thinking has enabled the conservator to re-evaluate the definition of the term ‘visibility’. 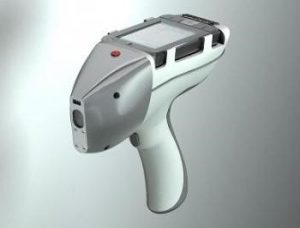 The handheld portable XRF has become instrumental in the identification of materials in conservation.

Conservators often work with a wide variety of objects, and often concurrently. As a result, they frequently build up a wide and varied repertoire of skill sets, enabling them to work to very high standards of artistic merits in their own right. However, the most fundamental element of the conservator’s work is that the object must be protected… Protected in order to preserve the integrity, beauty and ability to be studied, at an academic level. This invariably means that the work of the conservator should be to a similar, matching standard if not better than the original artist, whilst not detracting or up-staging the original artist. This ability to work to such a high a standard means that the conservator is able to protect the artistic work, but at the same time not detract from the aesthetic beauty or artistic and scientific elements that contribute to the work as a whole.

The practice of including on objects conservation marks that are deliberately visible, and denote the conservator’s work, is becoming increasingly rare. Currently, the ceiling of the Old Royal Naval Hospital is being conserved, and the example of a past conservator having painted his initials on Queen Mary’s breast on the ceiling is no longer considered to be either professional or acceptable, to use a topical example. All conservation work now is expected, by both governing bodies and stakeholders, to be entirely reversible this includes indicating marks of conservation work. 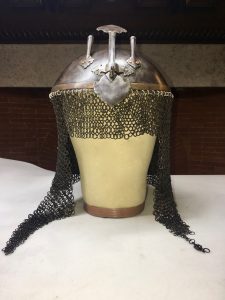 Conservators do, however, have an obligation to record and disclose all work and treatments that are carried out in the course of their job. This is achieved principally through the Treatment Report, which details the treatments used on the object and the rationale behind them. It is, then, a paradox that such a vital document is often overlooked in a commercial setting. More often it is the Condition Report that rules the roost in the art world, as this is the report that is used to establish current condition and the all-important value of an artwork. However, the contention of the conservator is often that the Treatment Report is of greater value for the on-going protection of the object in question.

Optical visibility, however is only part of the story. A treatment which is not optically visible might still be detectible by scientific means and is required to be so under the current codes of conduct of conservators. For example, the in-filling of paintings (a common treatment in modern times) can be detected by applying ultra-violet light to show up modern pigments (which generally absorb UV light) against historic pigments (which often do not). Such findings are cross checked with the Treatment Report.

Ensuring that his or her work is traceable by future students and viewers of a work can influence a conservator’s choice of materials. In a recent project involving replacement of hundreds of maille rings in a Persian Mamlouk suit of armour dating to the 16th century, the author chose to use sterling silver instead of the steel material of the original maille rings. This alternative material was chosen for a number of reasons, not the least of which was that it could be easily identified by x-ray fluorescence (XRF) in the future. The XRF signature will, of course, be consolidated by the production of a conservation report which clearly maps the areas of the sterling silver use, prior to them being patinated to make the consolidated areas “disappear” into the aesthetic of the suit. 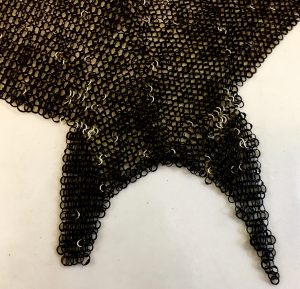 New sterling silver rings in the mantle of the Mamlouk suit of armour were mapped prior to being patinated to make them aesthetically “disappear”.

Bearing this example in mind, visibility takes on an entirely new meaning, yet is still just as important to the conservator and to the owners of such historic works of art. It is perhaps predictable then, that one perspective is that the work of the conservator should be nigh-on invisible to the observer, but at the same time entirely visible to the reader of the associated documentation, and to the stakeholders. Developments in technology have made this “invisible visibility” possible, and many conservators are intrigued to see how ever-increasingly sophisticated technology affects and moulds their role in future years.

William Hawkes is an experienced freelance conservator whose masters research focussed the conservation of historic objects. His clients have included private collectors, one of the Inns of Court and members of the British nobility amongst others.